What do you write?
I write PRIZ ONE 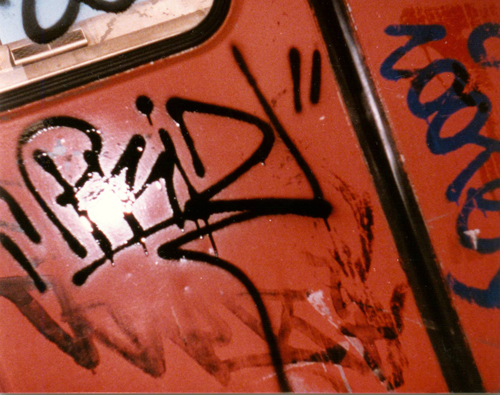 Tell us a little about yourself… How long you’ve been painting and who you’re down with etc.
I’m a native New Yorker. I’ve been writing since 1979 under various names and aliases then finally settling with the tag PRIZ. Throughout the years, I’ve been put down with various number of crews however these are the crews I regularly represent: TSF/TS5, THE SPANISH 5IVE. Vice prez, CAC/CACITY, COOL ART CREATORS/COOL ARTISTIC CREATIVITY. Recruiter, MTA, MAD- TRANSIT ARTISTS, TMT, THE MAGNIFICENT TEAM, TDS, THE DEATH SQUAD, TPA, THE PUBLIC ANIMALS, OTB, OUT TO BOMB, MAFIA, MASTER ADMINISTRATION FOR INCREDIBLE ARTISTS, BYB, BAD YARD BOYS, Recruiter, POG PRISONERS OF GRAFFITI & TB, THE BOYS.

Are you a can collector?
Yes! I presently own all the Krylon colors mentioned above and some original Red Devil, Rust-Oleum, Scottie’s, Speedy Drys (Shorties), as well as a few other odd ball brands. 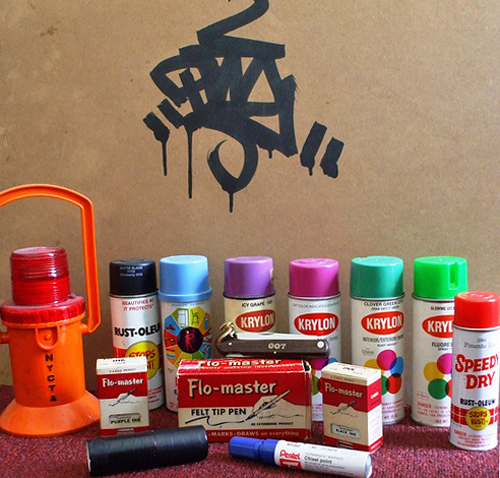 Can you still find old paint stock in your area?
Sometimes, it all depends in what borough you’re looking in. You have to look hard! Unfortunately, some places get burnt by a multitude of writers, so I travel out of the city now.

Any good racking stories?
Stan, me and two classmates decided to hit an old mom and pops store located in Hell’s Kitchen in the early 80s. After school we agreed to link up and head over there with one huge Pearl Paint art portfolio and a puffy London Fog bomber jacket for some peak a boo, now you see the paint – now you don’t sleeve action! As the two other cats distracted the old guy behind the counter with a barrage of questions, Stan and I went throughout the isles in search of the spray paint cage which was usually located in the back of the store. We were also watching out for any interfierence from stock boys, ceiling mirrors and cameras. When we finally found it, we both converged on certain specific flavors of Krylon in a quick frenzy. We repeatedly stuffed the cans into the zipper opening in the bottom of the portfolio while Stan pushed the rest of the remaining aerosol cans into his bomber with ease and then proceeded to put the rest of the spray cans into the waist line of his Lee jeans.

By the time the conversation at the counter was over we had casually walked out of the store with 50-60 cans of Krylon! That was one of the many fast and very furious racking missions…!!! 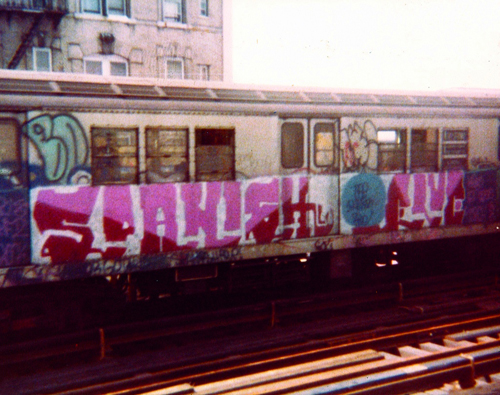 Best discontinued paint, and why?
Old Rust-Oleum “Scottie” ‘Cascade Green’. Krylon, ‘Metallic Blue’, ‘Teal Green’, ‘Pastel Yellow’ & ‘Charcoal Gray’. Red Devil, ‘Lime Green’ etc. I had eventually used all these colors at one time or another. I was very specific when racking certain brands because it all depended on how they looked and their longevity when applied on concrete and steel. I didn’t use paint brands that were easily buffed or scrubbed off. These were the original formula brands of yesterday. Not the cheap, crap caps on the watery, runny, Krylon & Red Devil brands of today. 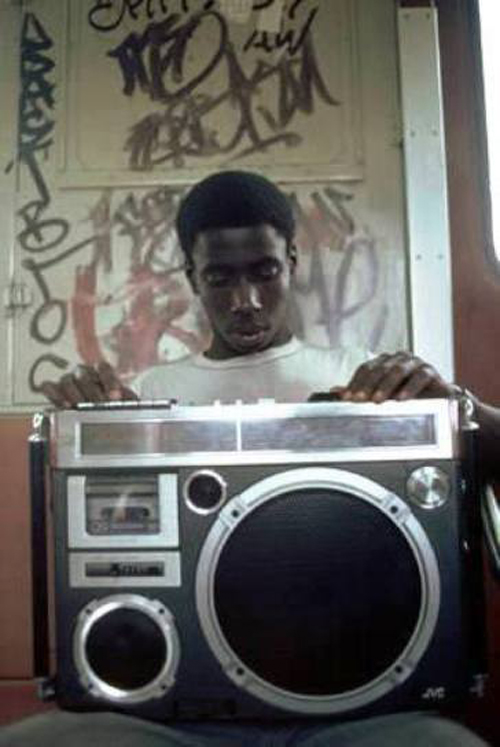 ^’Prizism’ on the insides! Center panel.

Ever found some racked caps work good with certain paints?
Yeah, the Kitchen Magic Jiffy, (Orange/Red Dot) fat cap that worked on the Krylon and Rust-Oleum and what I call the ‘Liquatek’ caps that went on the Shorty Aurora Model Paint Tester can paints which I used later on the Krylon for outlining. Also the window cleaner caps which made a great fat cap for filling in when used on Rust-Oleum. 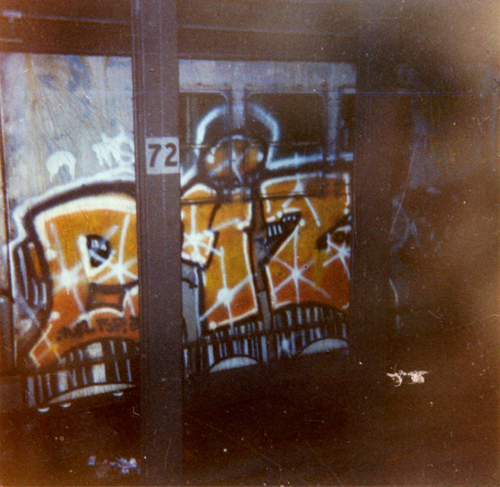 What are some of your best painting experiences?
In the early 80s when The Spanish Five crew was a force to be reckoned with in the 1 tunnel. We spent a lot of time painting on both the Uptown and Downtown sides. We opened up the cars with our IRT keys, turned on the lights to see, turned the air conditioner on in the summer and the heat in the winter! I remember the inside bombing missions and the saturation of the insides from car to car, set to set, while trying to race one another for clean spots! The window down joint ventures between our crew and guest crews. The smell of FloMaster, Marsh, Supermarket ink and Stan’s weapon of choice; Rust-Oleum, ‘Flat Black’. At times, the smell and vapors were so strong that someone would have to slide the windows down for fear of being asphyxiated. 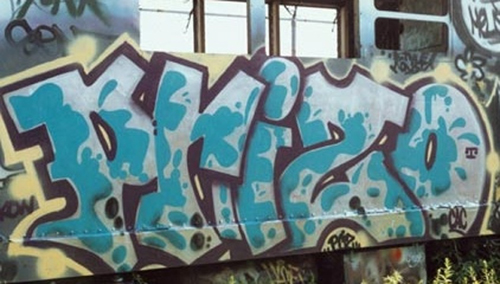 How do you feel about the brands of Euro paint and their impact on the scene?
The multitude of colors and Euro brands along with their intricate detail caps are definitely escalating the styles and letters to a whole different level today, although I feel that some brands have become too expensive. 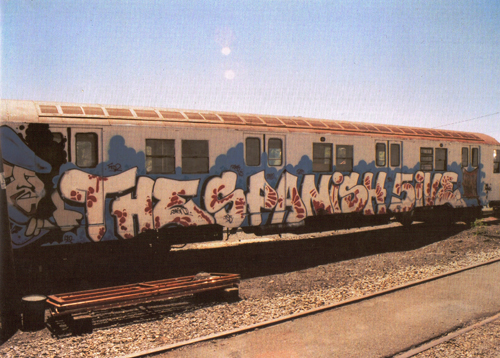 If you could choose a few cans to have on your shelf, what would they be?
A six pack of Krylon, ‘Icy Grape’ & Rust-Oleum, ‘Cascade Green’. I have quite a bit of paint already on my shelf but I never get tired of those two colors. However… I will always want older paper label Krylon with the plastic condom cap covers, screw driver pop tops and the Rust-Oleum, “Scottie” brands & Hard Hat, (big boy), Rusto’ brands. 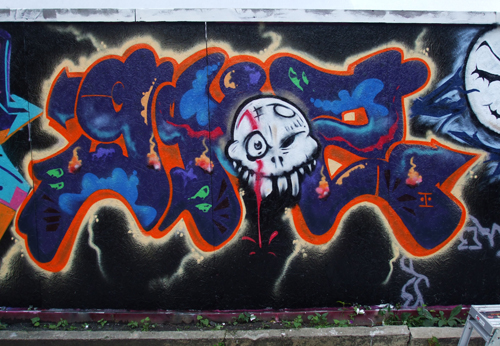