Tell us a little about yourself… How long you’ve been painting and who you’re down with etc.
In ’92 I had just moved up to Oregon from California. I was at a bus stop and busted a tag on the outside of a bus. The next day I waited for the bus again, and I saw a DAMZ tag next to mine! So I started rocking my city, and before you know it I started seeing DAMZ and KEYD tags everywhere. We all ended up being one happy family, and started getting up & havin’ fun. Around the same time Can Control and Crazy Kings magazines were a hit. We studied that LA style to a T, putting our own funk on it, and just ran with it.

How long have you been collecting, and what prompted you to start?
It all started when I was asked to paint a custom newspaper stand for the city of Sacramento two years ago. It was going in front of a record store, and I figured I’d do an 80’s blend and fade style on it with pastels. On my way to the local art store, I looked for colors and all I could find was Montana for fuckin’ 6 dollars a piece– and had to buy it. So I started looking on Ebay 2 years ago under “vintage spray paint” and saw a Krylon barcode can selling for 15 dollars which I thought was lame. This is when I said I need to save these cans because they are getting harder to find…

Tell us about your cars! Do you see similarities between preserving cans & low riders?
I’ve been building lowriders for 15 years. I can say after building a car for so long, you admire it and enjoy it, until you want to build another one a couple years later. Can collecting is similar because one year you might collect all barcodes, then you get tired of that, and start collecting ’68s, then Notches, etc. It gives you some sort of change in your hobby, but also keeps you motivated to push forward and try to find more older shit. Most antique collectors or even car builders start with something easy, then work your way to the top down the line. 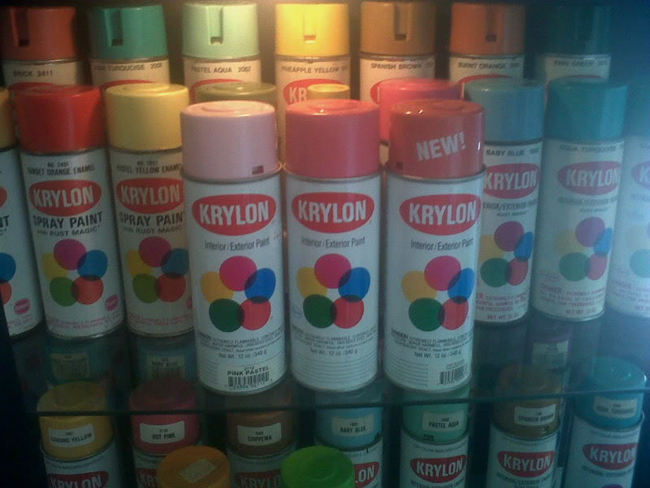 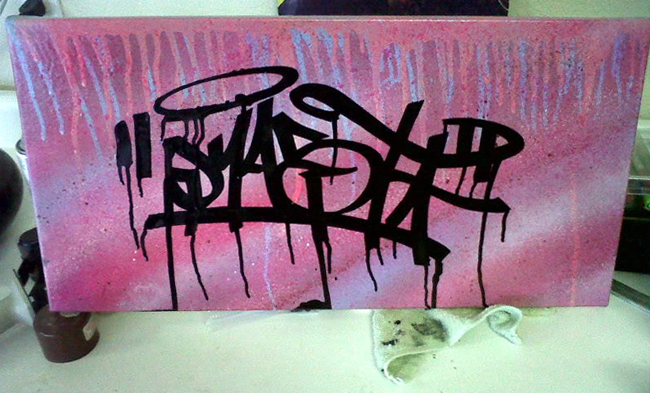 What styles and brands of cans are most sentimental to you?
Krylon only. I always considered Rust-oleum to be more of an East Coast thing, because that’s all you saw on Wild Style and Style Wars. You never saw anyone using that paint out here on the West Coast in the ’90s. It was Krylon, and if you didn’t have that you were using Zynolyte. When American Accents came out we were all like, “these fuckin tips are horrible… but the colors are dope!” So we’d use those on trains, but only to stamp the outside of our throw-ups or pieces. Indian Spice, Summer Squash, etc.

If you had to choose between Krylon or Rusto?
Krylon. Yea, the paint was a bit more watery but who cares. Krylon came out with colors that blew people’s minds. How does it get any better than Hot Pink?

Favorite old school color scheme?
My favorite color scheme had to have been that OG LA style from the ’80s. Risk (LA) and Crayone (SF) held that shit down like a science. I’m talking about Aqua Turquoise, Pastel Yellow, Hot Pink, Pastel Aqua, and Baby Blue all in one piece. Then outlining with Clover Green or something crazy. I like multiple colors. Everybody now days seems to go bold with colors and uses a lot darker colors than the pastels from back in the day. 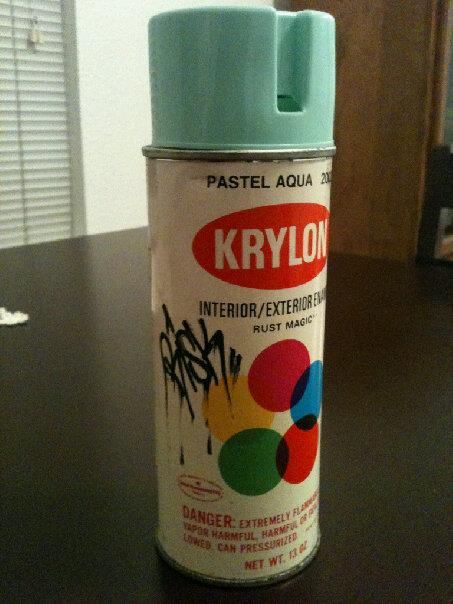 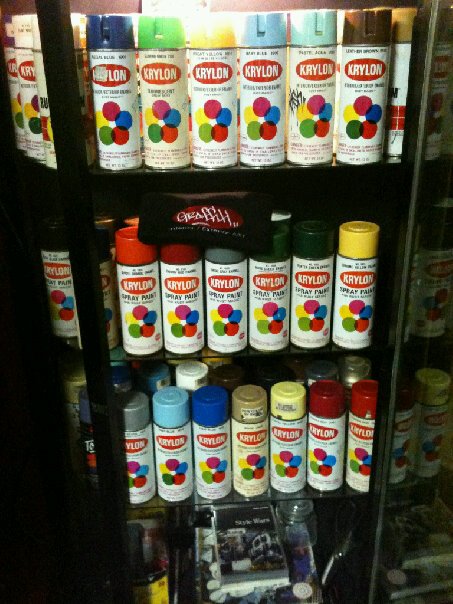 Any good racking stories you can share from back in the day?
Probably filling store carts and red baskets with Krylon, Sherwins and old barcodes, then walking out like we owned the place! I can still remember my boys KEYD and METROE filling up a cart to the top at Michael’s, then running out the emergency exit! KEYD with his VW bus in the back of the spot running, ready to go! To save time, they said, “fuck it!” and threw the whole fuckin’ cart in the bus and bounced coming out like 200 cans deep. When I went to my boy’s garage that night it was like the One Eyed Willy scene in Goonies. I wanted it all…

Home Depot’s garden center! We’d put about a dozen cans by the orange fence way in the back, in a corner somewhere, bring the car around to the back and load up. We even had rolls of clearance stickers that we took from underneath a store register. So when we’d go buy paint, we’d write 10 cents on the sticker, pay 5 bucks and have enough paint for the week.

I remember this new guy who came into our crew wrote FUME and he was about 300 pounds. He wore some MC Hammer pants that he tied at the bottom into Fred Meyer. We were all loading up on paint with the discount stickers, and this fool decides to load up like 20 cans in his ’80s Hammer pants. He walked past the register and it sounded like that fool had stole 90 baby rattles or some shit. We were trying hard not to laugh. 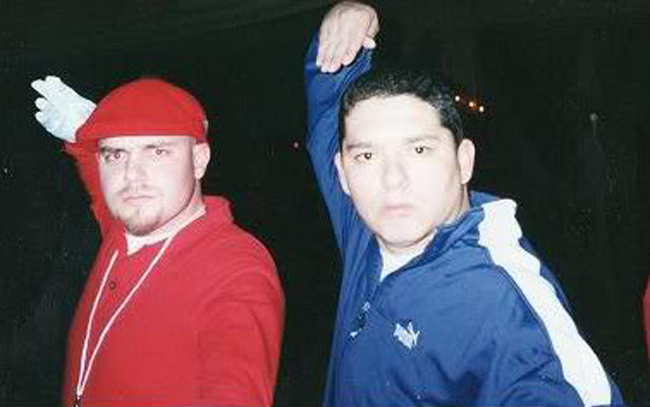 Any favorite old paint stores that are long gone?
My favorite store to find paint, believe it or not, was an old auto parts store in Hillsboro, Oregon. I walked in there one day and they had barcodes like Mandarin (Alis Chalmers Orange) in a rack, which farmers used to use to paint tractors and others would paint their engines I guess. I asked the guy at the counter if he was able to order any more colors, and he pulls out an ’80s Krylon color chart. I told him I’ll take a case of Hot Pink and Baby Blue, and sure enough I had them the next day unopened ready to go! Believe me, I asked for more colors but they were out of stock. This was around the time when Sherwins started being popular. Barcodes were already discontinued at that point.

Being out in Cali – All paint is locked up in stores right?
The paint out here is locked up, but it still doesn’t put a damper on graffiti. Kids are having mommy and daddy order them cases of Montana on their credit card, just to support their adrenaline habit. 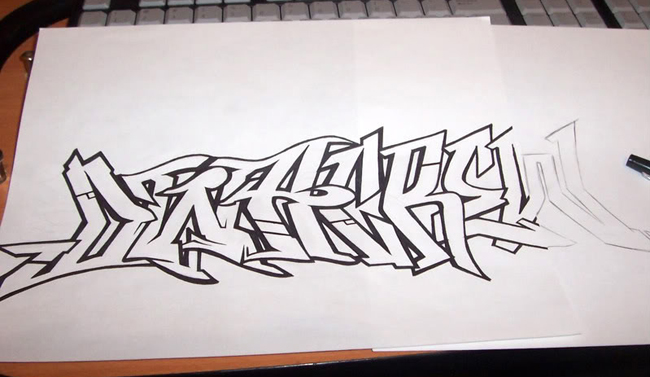 Specific old stock colors you consider to be the thickest?
The thickest paint in my opinion was the American Accents, hands down.

D’you remember when new colors got released? Would you or the crew travel to go find them at certain spots?
I remember when Sherwins had been a big hit and everybody was using them, but everybody was still looking for barcodes. I was a delivery driver for Sherwin Williams in ’98. When I got the job my boss told me to deliver 100 gallons of interior paint to an old paint store off of Broadway in Portland. When I walked in there was a case of Baby Blue and a case of Plum barcodes sitting in the back! I bought them off the guy for a dollar a can. I ended up going to more and more stores in the area, loading up my work truck and coming home with 4 or 5 unopened cases in a night. My boy KEYD ended up getting a job there too as a paint mixer. I’d come in after my delivery and he’d be making 10-15 gallons of roller paint for himself while laughing his ass off! So not only were we both in the same crew, we both worked for Sherwin Williams as a driver and paint mixer, so you can only imagine the good times we had! Sometimes we’d switch and he’d drive and I’d mix. He’d come in with a case of Pastel Yellow and some other shit because I didn’t look hard enough at one of the stores I’d driven to prior. 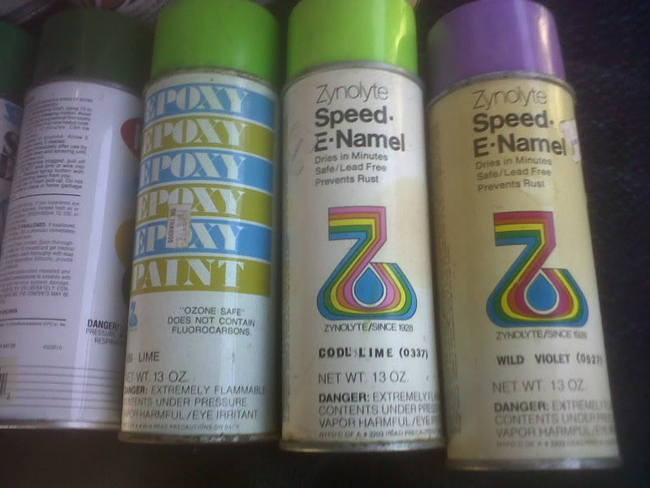 Do you remember the worst paint you ever used?
Worst paint ever was the bullshit at Wal-Mart. If you busted a tag with that at 2am on a concrete wall, you’d wake up and that shit would be a ghost tag by 8 in the morning. Like it was a tag someone did in the ’70s, but you did it 6 hours ago. Concrete and wood would soak it up like crazy. I think it’s mixed with water, seriously. If I wanted to use cheap cans that worked great, I’d go to Orchard Supply and load up on Delphinium Blue.

Do you miss the early days of experimentation with found caps & homemade techniques?
I do miss the early days and caps we used to fuck with. Everything is so modernized now. Tips are starting to look like army tanks and shit. I think most would agree that Testors were great, Spray & Wash were cool fatcaps. But the best fatcap of all time came from Power at Can Control magazine. That 5-finger fatcap was by far the best fatcap I ever used. I used to order my thin tips from a guy who wrote Clear when we had penpals and shit via 12oz Prophet back in the day. Those were dope caps.

What are some of your best painting experiences to date?
Painting in Oregon with my boy KEYD. I remember one time we were painting at the Prankland Tunnel, and this fool had to take a shit. He bounced out and I walked outside of the tunnel to take a piss. I look across the field and this dude was taking a shit next to a bum that was sleeping by a tree. I turn back around dying of laughter and he ended up dropping some sort of flannel sweater. He used the dude’s sweater to wipe his ass! There were a lot of good times in Oregon. Driving to the layup in my boy’s Toyota Tercel, scoping the lay-up, putting on our Walkmans with some Tribe Called Quest or Pharcyde and going to town. Go back home, wake up at 8am, take flicks, then rack paint, and do it all over again. 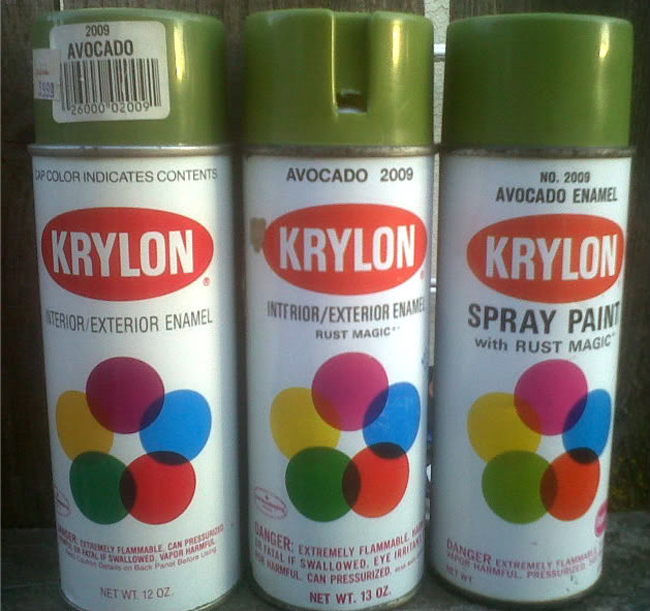 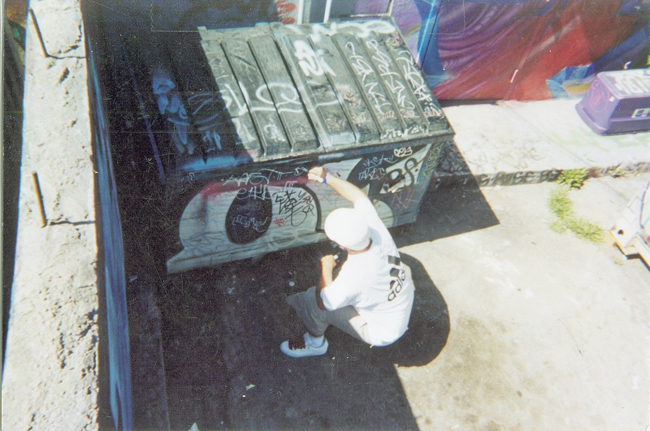 Do you still have time to paint now and then?
I don’t have a lot of time to paint these days. My family comes before anything now, but I am planning on making some trips to the East Coast to paint with a few heads out there pretty soon.

Your thoughts on CMC documenting paint history?
I think you guys are putting your all into this, and I think everyone can agree, if you didn’t do it I don’t think anyone else would have. You guys put your foot forward and are preserving, not just the history of graffiti, but the actual tool and diehard source of what that element needs to survive with. Collecting cans is more than just seeing how big it gets. It’s reminiscing, it’s the stories, it’s the thing that sits on your shelf that somone had used in the ’60s, ’70s or ’80s, for the same enjoyment you use in your garage or on a wall.

Any other comments/shouts?
I’d like to shout out to all my brothers from another mother: KEYD, DAMZ, OG MING, METROE, STUCK, METALMAN ED, ELEX, TANEK, CRAYONE, RISK WCA, 2 BAD, VARIVALDI, RICH, VISE, and most of all CMC for putting this shit together. I appreciate everybody’s support in helping me build my collection and reminisce with these cans. And I’m sure we’ll all be finding many more for years to come. AND IT DON’T STOP! 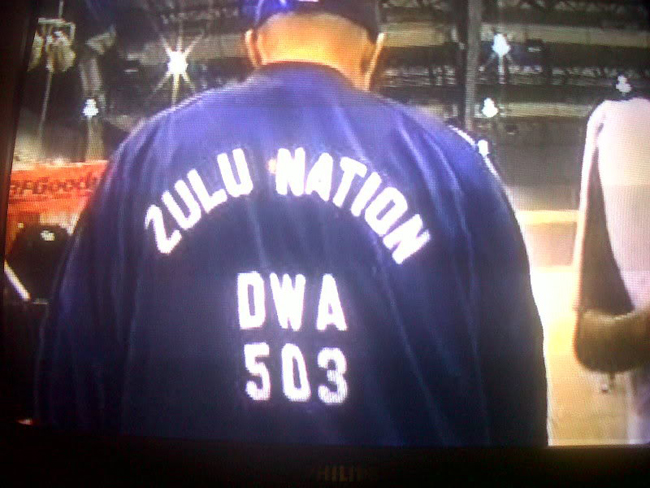