Tell us a little about yourself… How long you’ve been painting and who you’re down with etc.
I started hitting trains back in 77. I’m down with FBA, FC, TC5, IBM, IB etc. I’ve repped other crews in the past, but these are it now. FBA, FC, TC5 are like brother crews. They all originated about the same time. We’re family! 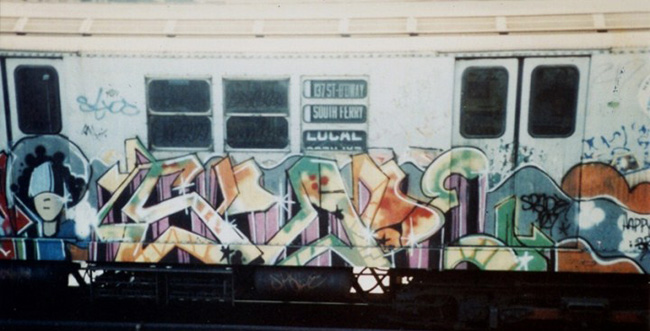 So what brands of paint did you use most frequently in the early years?
Rust-Oleum, Krylon, Red Devil & Wet look.

Can you still find old paint stock in your area?
Some, not very much though. Krylon has become water and Rust-Oleum has inconsistent can pressure. Painting is tougher with them now, but I can still rock them.

Any good racking stories?
We had a goldmine out in Jersey! We used to go out there with our portfolios and destroy it. Three of us went and came back each time with about 150 cans between us. One time we tried to empty the racks because we were doing three whole cars. We knew we might burn the rack but had no choice if we wanted to paint. That rack was so smooth that when we were leaving the store clerk stopped us and told us if we racked moderately we’d have no problems. If we went buck wild and emptied the racks we’d mess the whole situation up. We didn’t care at the time ’cause all our racks were gold. That’s one thing we had, plenty of racks!

Any old paint stories?
One time me and one of my boys Zam TTA went to the ghost yard. Some kids were painting a car. We went down to where they were, but when they saw us they booked. Why? I don’t know… it wasn’t like the two of us were on a vamp mission or anything, there were like 10 of them and just two of us. When we got to where they were it seems they were just starting a car with a bunch of scraps they had. I mean not one can was more than half full. Most just had drops. We figured why let the paint go to waste so we gathered it up and ended up doing throw ups on about 18 to 20 trains that were layed up. We were simply gonna bomb insides but thanks to a bunch of scared writers we did throw ups that ran in some cases for a few years. I dont know who they were but thanks guys!

Best discontinued paint, and why?
Wet look. Crazy… and when used the right way they gave you great blends with the old Krylons. The only bad thing they had was a lot of drips. You had to really be careful with them, but the colors were the shit!

Any good racked cap/can combos?
We used to use stock caps for thin caps, and we would hit grocery and supermarkets for Niagra starch caps, they were our fat caps. There were no special caps like writers have today. We did most of our shit on the rough with stock caps.

Worst paint ever award goes to?
Plasti-Kote enamel, that shit peeled right off the train when dry.

What are some of your best painting experiences?
Getting over after a hard night in the freezing cold painting. Today writers mostly dont paint in the winter. We did most of our top to bottoms in the dead of winter!

How do you feel about the brands of Euro paint and their impact on the scene?
I like it, I’ve used some and they have great colors, pressure, and very good quality paint. Honestly it’s easier paint-wise now than before.

If you could choose a few cans to have on your shelf, what would they be?
Rust-Oleum, ‘Cascade Green’ & Krylon, ‘Baby Blue’, ‘Pastel Aqua’, Aqua Turqoise’, ‘Chippewa’ & ‘Schoolbus Yellow’. 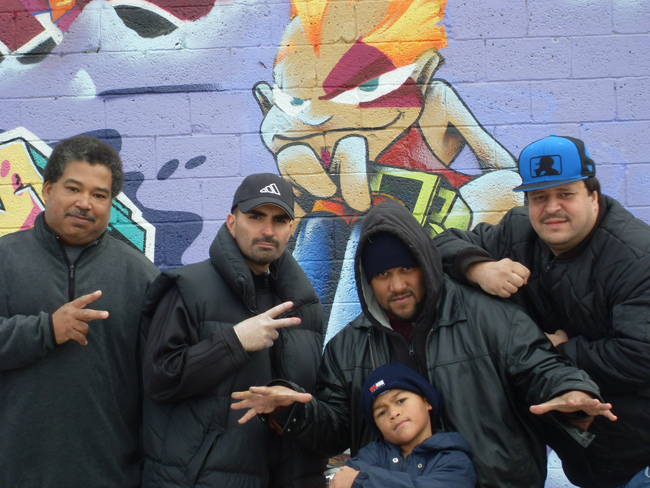 Any other comments?
I love writing, always have. I just wish I had more time to paint. Between working, school, raising a family and all the other shit involved in life I don’t get to do it as much as I want. This year I’m gonna try and get out there more. I have mad respect for those new school jacks who have kept graffiti going and created a worldwide movement. Some old school cats tear down the new school, I actually like a lot of the work out there today. I guess I have a varied taste in art. Some guys from my day dont like a lot of the new shit, I guess to each his own. Keep up the good work guys, this viejito (old school) dude is gonna give you a run for your money. It’s on in 2010.

Shouts to all My FBA, FC, TC5, IBM, !40 Boys, IB massives… Peace and much respect! Special thanks to MEAL UTS. Appreciate the hookup my brother. 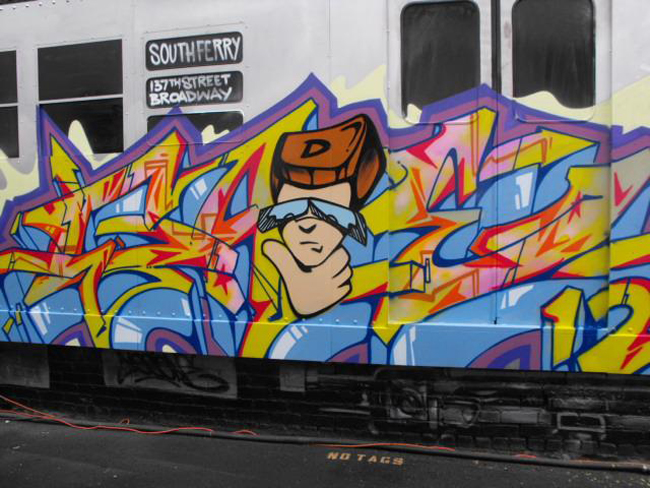