What do you write?
Stuck

Tell us a little about yourself… How long you’ve been painting and who you’re down with etc.
16 years. Started in 93/94, although not much at all in the last 4 years just on paper. Don’t rep a crew anymore, had a small crew of 4 and 3 ended up in prison. Painted most of the time with members of TFL, LORDS & GL – GRAFF LIFE.

What brands of paint did you use most frequently in the early years?
Krylon 5 ball Sherwin Williams, Rust-Oleum, Painters Touch, American Accents. Loved the Walmart Black cans for easy, cheap fills. Also loved the Sherwin Williams Krylon ‘Terracotta’ for fills and both ‘Terracotta’ and ‘Salmon’ for force fields.

Are you a can collector?
Since 1999. My favorte can to collect was the 1968 Krylon series. I had almost all of the colors at one point except for ‘Semi-Flat White’ even though I have not seen one yet. I’m also not sure of what 5 ball 1968 metal flakes are out there, I had ‘Luminous Lime Gold’ and ‘Firemist Red’.

Can you still find old paint stock in your area?
Not really. Krylon 5 ball Sherwin Williams 1991s at best in stores. I work part time at ******* so I get cans weekly, (would volunteer if they would let me but they say they have to pay me). 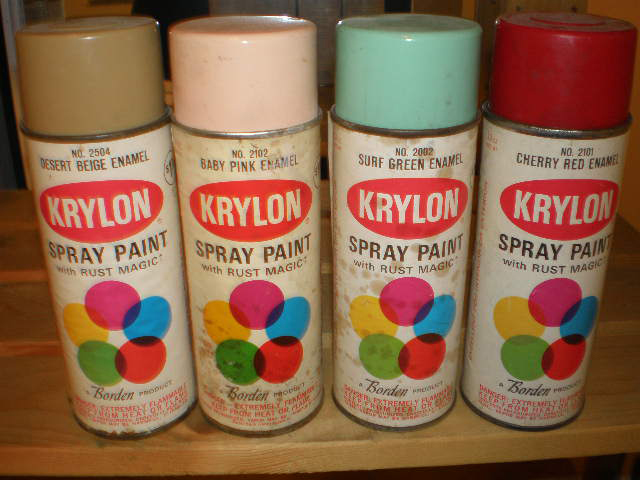 Any good racking stories?
I never racked paint, always had friends that supplied racked paint or had ways to get paint for cheap, good scams though! K-Mart had an ad in the Sunday paper one week for $0.99 Krylons. At the time I worked with local newspapers so I was able to get hundreds of adds. I would take the adds to other stores that would match prices; Home Base, Walmart etc. and buy out all of their cans for $0.99 each too. After the add expired I had tons of copies and each new week I would erase the expiration date at the bottom of the add and print in the current week’s dates and use them over and over so for months I was never paying more than $0.99 a can!

Any favorite old paint stores?
******** ***** in Colorado had all Borden name labels still in stock a few years ago. Big Lots in Conway, Arkansas had old American Accents for $0.75 a can. 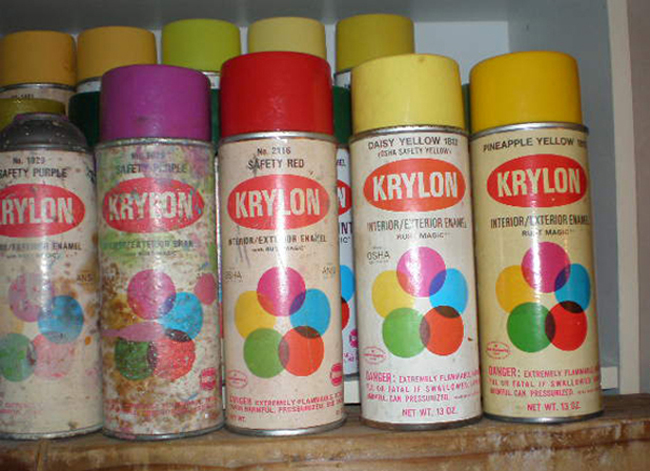 Best discontinued paint, and why?
80s paint was such a better formula unlike some of the newer watery paint formulas.

Ever found some racked caps work good with certain paints?
My unique favorite are the Rust-Oleum fats from Elmer’s Spray Adhesive, and the old fat caps from Glass Cleaners.

Worst paint ever award goes to?
Krylon ‘Sun Yellow’, although it worked alright over certain colors to produce nice effects. 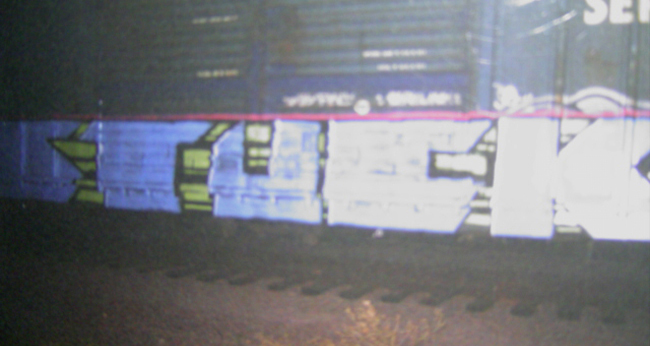 What are some of your best painting experiences?
Any all nighters in the yard. One that sticks out was when a freight I was half way through painting with a partner started moving on us, had no idea an engine was even running! We hopped in the car followed the line for a couple of hours to end up losing it between a couple of yards and then found it early AM as it was getting daylight in a hot yard. Went back the next night and found it another yard, we still had the same colors on us and finished the car… took just over 24 hours from start to finish!

Another good run was a New Years’ resolution to paint a freight every night for the year. We only made it about 2 months every night but that was a good run, about 100 solid freights and several E2E’s.

One night I noticed several cop cars at the end of the yard with their lights on. We hid for a couple of minutes to see if they were coming in with flashlights. As we started leaving a helicopter flew over the yard with its searchlight, it saw us running, and as I was running I felt something fall out of my pocket. Stopped for a second to see what it was and saw it was about $2500 in cash I had on me. It started to get blown over the area. I wasn’t ready to give that up, I would have rather gotten picked up. I was able to gather it all together in about a minute while my partner kept on going and got out of the yard. Flashlights were getting close and I was a mess getting the cash together. The first thing I saw was a low palm-type tree that had a ton of fan shape dead leaves on the ground with sharp edges. I had enough time to lift up a bunch of the dead leaves and bury myself under them. I got all scratched up but hid there for 3-4 hours until it seemed like the cops had left the yard and been gone for some time. It was clear, thank god they didn’t have dogs. I made it back to the car and my partner called me from a payphone about 2 miles away, I picked him up and went home.

How do you feel about the brands of Euro paint and their impact on the scene?
At first when they started getting big in the U.S. scene I was hesitant, you couldn’t rack them as they weren’t in stores, and they were way too expensive. Now I am ok with them as you can find them in certain stores now. If you know the right people/dealers you can get good prices and the variety of colors is great.

If you could choose a few cans to have on your shelf, what would they be?
Well most are there! Krylon ‘Peacock Blue’ 1963, Red Devil ‘Delta Blue’, Big Face Rust-Oleum ‘Cascade Green’ and any style Krylon ‘Pastel Aqua’. I’m a Krylon fan… I love colors like ‘Brick’, ‘Chippewa’, ‘Bonfire’, ‘Topaz’ and ‘Marigold Yellow’. If I could add one can that I don’t have, that would be a Krylon soup can.

Any other comments?
I am sure I do, but not at this time. I’ll think about it and get back to you. 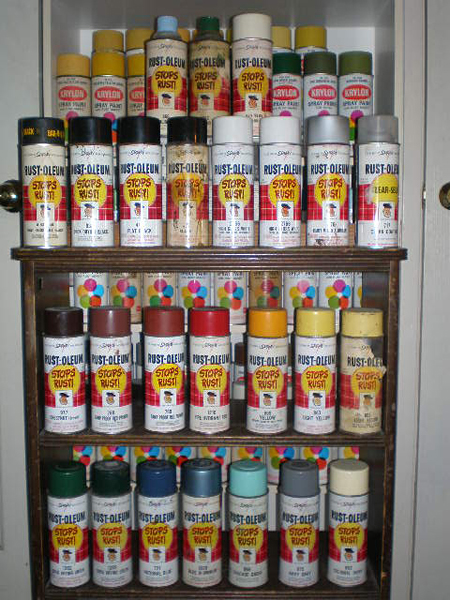