What do you write?
Dna, Vise, and other random names here and there.

Tell us a little about yourself…
I started noticing graffiti in 1992, but didn’t start piecing until 94. I took a break in 98, but was still sketching here and there, but now I’m back. Graff becomes part of you and never really leaves I believe. 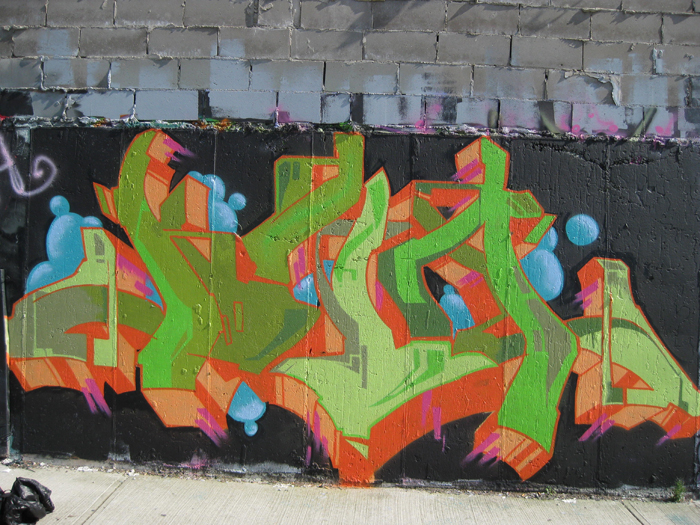 What prompted you to get into collecting?
I always liked collecting old things, the nostalgia of the whole thing… markers, paint, old mags, street/subway signs, etc.

Anyone else collect in your area?
Not really…

What style cans do you mostly collect and why?
I collect clean and used older cans, the usual: Rusto’ “scotty’s”, Krylon “notch’s”. I don’t worry about them being full or a little dirty, those are my display cans, but I have a separate collection of “working paint” that I like to use in my pieces. 78 and 80s Rusto’ is no joke, and most of those cans work just fine after all these years. The smell, quality and coverage of that old stuff is untouchable. 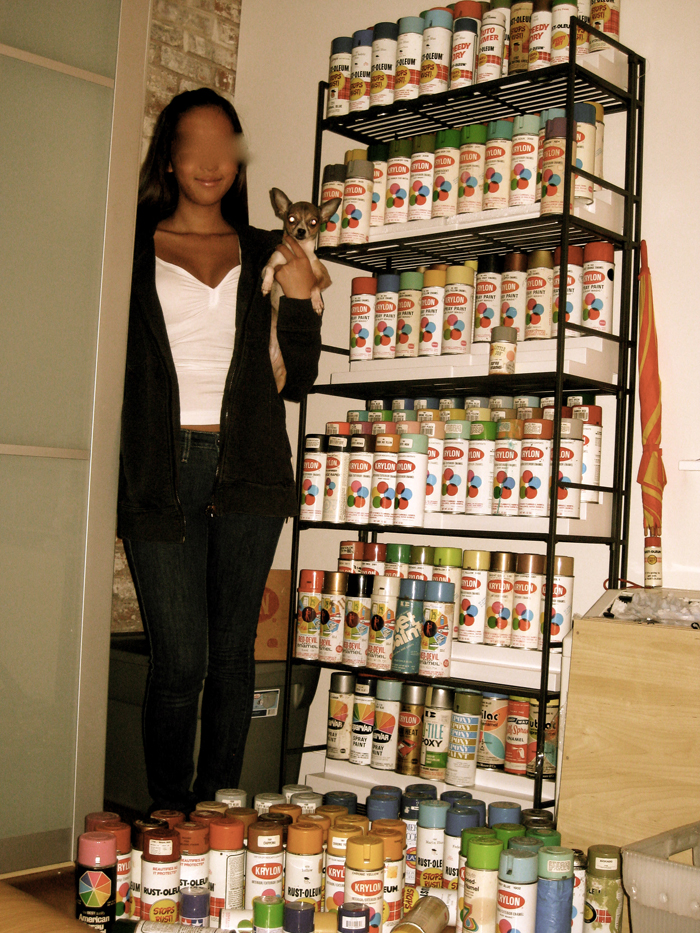 Have you acquired cans through trading, buying or your own finds?
I still find old stuff every now and then. You’d be surprised at the stuff you can find in your own neighborhood! I have some Buddy’s out of state that I buy and trade with, and Ebay has some good stuff too. It’s crazy how many people are collecting and selling now. I always thought I was nuts for saving these old things! 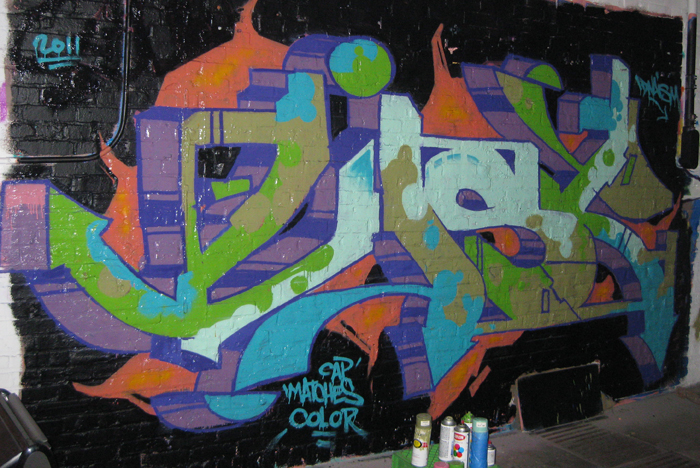 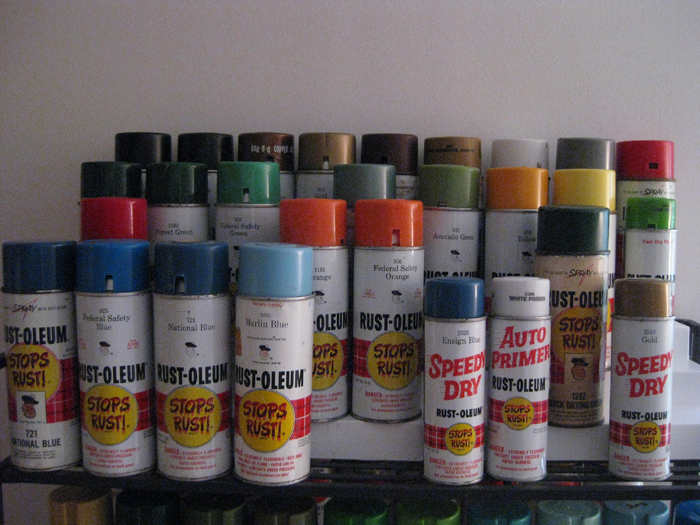 When you paint do you mix old and new stock?
Absolutely. I do pieces with all old paint sometimes, also its cool to mix with the euro stuff. These days I like using all old stuff – it keeps you sharp!

Best discontinued paint, and why?
Ahhhhh, tough question! It seems like only the best stuff gets discontinued. Well I’m from the early/mid 90s era, so as far as paint I used on the regular back then, #1 was Krylon Teal Green, Pastel Aqua, (this was and still is my favorite) Plum, O.D.Kahki, Colonial Blue, Antique White and Baby Blue. As for Rusto: Festival Green, Avocado, Lemon and Sand. Also the Wall Mart Silver was nice, and especially the Rusto American Accents Garden Colors: Indian Spice, Autumn Gold, etc.

D’you have a preference with a certain line from the specialized paints?
Belton, but I love the smell of Ironlack. 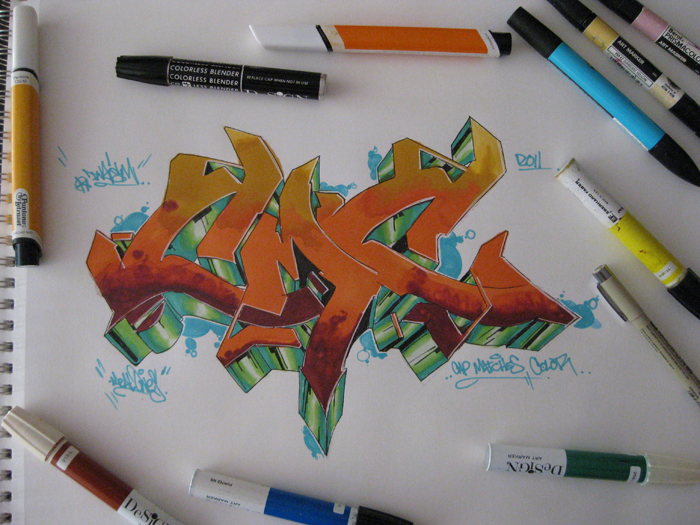 What’s your preferred paint for outlining at the minute?
Belton.

Best paint to use on metal?
I never was a big metal painter, but I would say Rusto. It’s thick, and it lasts.

Any good racking stories you can share?
Sure… It got to a point where I enjoyed stealing supplies more than painting. We had a lot of rackets back then. Dup keys to the paint cases, paying a crackhead to create a diversion in the store, and shopping cart walkouts. One time a guard caught a eye jammy trying to stop us at the door! My solo missions always yielded the best results. I would cut a round hole in an empty shoe box put it in one of those footlocker drawstring bags and just load up the box pull the string tight and walk out. One time I had a girl that was a cashier at a K Mart – I would load as many cans that would fit into one of those large rubber maid containers plus 60-100 bucks of makeup for the girl, pay 12 bucks for the container, and wheel the whole thing 20 blocks to my house! I always enjoyed hanging out with out of state writers too! We would exchange different scams/spots, etc. I got a buddy from Rode Island that put me onto some crazy racking scams back then!

Any favorite old independent paint stores?
Any suburban hardware/supplier/art store that was unknown to the rest of the city writers.

Worst paint you’ve ever used and why?
Some Sherwin Williams Krylon Yellow and Orange are pretty bad. I always tried to make do if I wanted that particular color in my pieces. Sometimes I would prime an area with Kilz before using Krylon Popsicle Orange, etc. Also Design Master flower paint had some great colors, but would fade fast from the weather so I would use clear coat to try and preserve the colors.

What cans are you still missing that you need for the shelf?
I just take them as they come… Always wanted a Rusto’ Cascade Green, or a Krylon Hot Raspberry. The hunt is most of the fun for me, so I don’t rush it.

What do you think of CMC documenting paint history?
I like it! I’m glad to see other people take an interest in collecting. 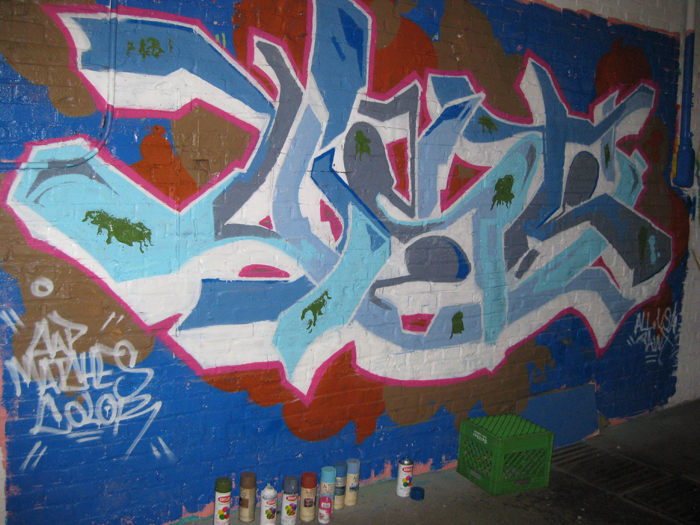 Any other comments/shouts?
Thanks to CMC for allowing me to be part of the cause. All the cool people I met over the years: Painting, stealing, collecting, etc. Also to The Infamous, for making a very dope mag remnant of the hot 90s mags, and to all the O.G.s that paved the ways for us. 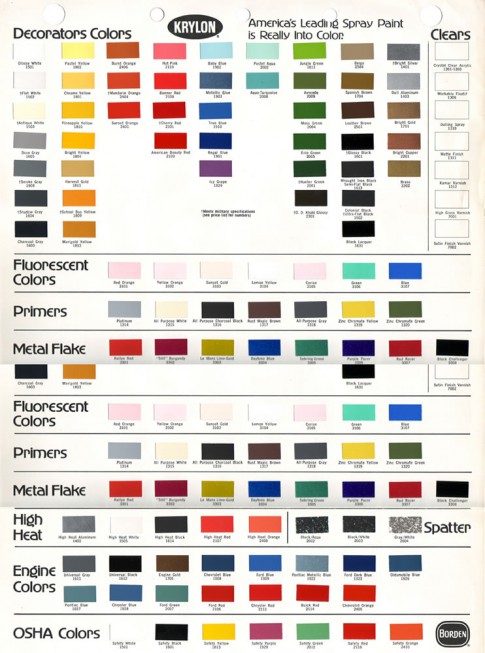