What do you write?
Risk

Tell us a little about yourself… How long you’ve been painting and who you’re down with etc.
I’ve been writing 27 years. I founded WCA with RIVAL (R.I.P.). I push MSK, AWR & Seventh Letter. 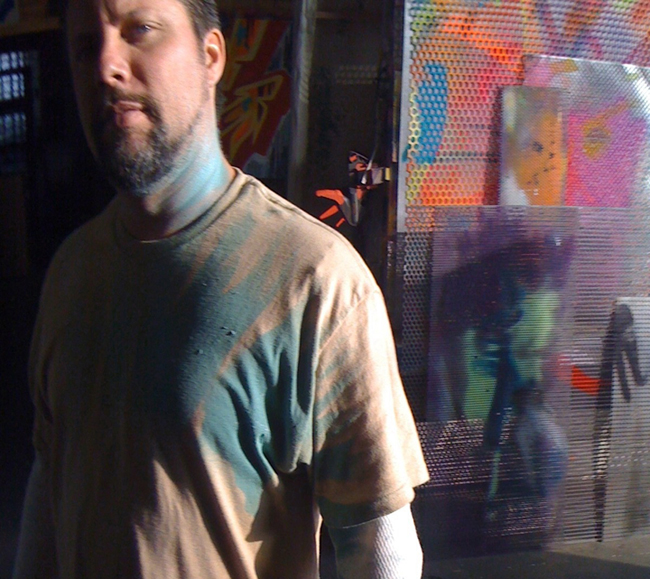 ^What happens when an old can explodes while shaking! 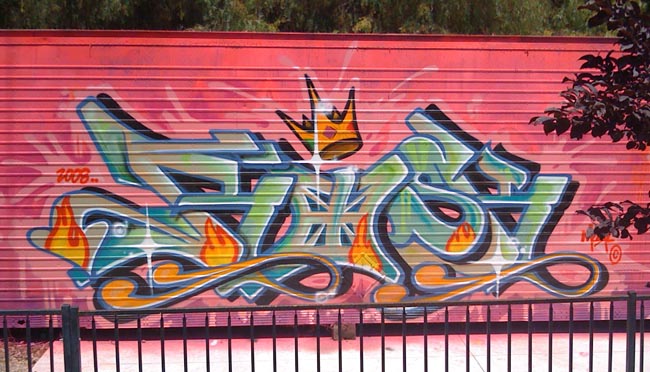 What brands of paint did you use most frequently in the early years?
Back in the day I used primarily Krylon for pieces and Rusto’ for bombing.

Are you a can collector?
Nope… I could never hold on to a can long enough to collect it.

Can you still find old paint stock in your area?
Hell No! Can’t even find later Krylon cans…..

Any good racking stories?
Yea just about all of them….. The best ones I can’t talk about. I remember the first time I got busted. I was with this guy Oops. We were cruising around body racking and then throwing them in the back of my step mom’s car. We were getting them so quick, it was too much trouble to take off the labels, so we started just crossing them out with a juiced magnum. Anyway, this guy rushed us, I dipped and dumped a few aisles over and Oops hit the door. He ran to the alley ditched the cans and ran right back in the store and socked the dude in the jaw. He started screaming at the dude for accusing us. We started wilding out and then all of a sudden this cop walks in holding the cans from the alley. Shit just turned all bad. They came and got us. When they went to my car they were like “HOLLY SHIT!!!!” It was full of cans up to the windows in the back seat, and the trunk was totally full. After trying to stop at a few stores and ask about stolen spray paint, they gave up. Every time they thought they figured out a price tag, I was quick to point out, that this store or that store doesn’t carry that brand. They eventually gave up. They brought me back to school in cuffs and took Oops to the station. It was lunch time and they walked me through the halls and everyone was watching, it was a big embarrassing scene… I was already suspected of being the kid who bombed the school with Surf tags. So this was probably the last straw. I needed to change my name and come up with a new game plan. So I started writing RISK. 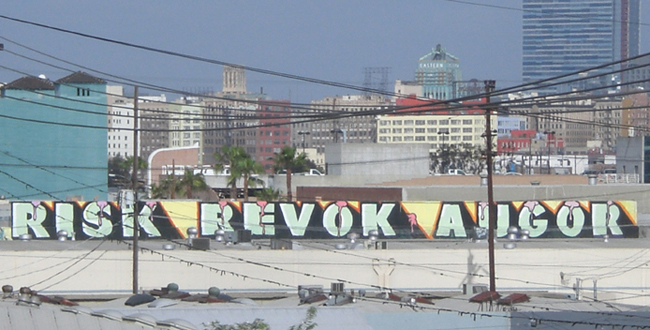 Any favorite old paint stores?
Yea there were a few but I don’t know the names. I found a Krylon, ‘Hot Raspberry’. Still my favorite can to date!!!

Best discontinued paint, and why?
Old Red Devil was good and Wet Paint had some nice colors. Overall I still like old Krylon and Rusto’ the best. Krylon just cut so crisp and Rusto’ covered so good!

Ever found some racked caps work good with certain paints?
The old school oven cleaner caps were awesome on Rusto’s!! West, FC schooled me on the ‘Grumbacher’ fixative caps that worked best on Krylon.

Worst paint ever award goes to?
Hmmm….. don’t know, there were so many shit brands. How about Dutch Boy or Ace?! Those blacks were all fuzzy and watery. Sad thing is that those are probably the better of the shit brands. it’s the only names that I could remember. Also that plant paint from Michaels… that was the big let down. They had the best colors and the shit smelled so good but it was made for flowers so it was water based or something. Good for a little fading over colors and a picture, then in a week it would fade away. 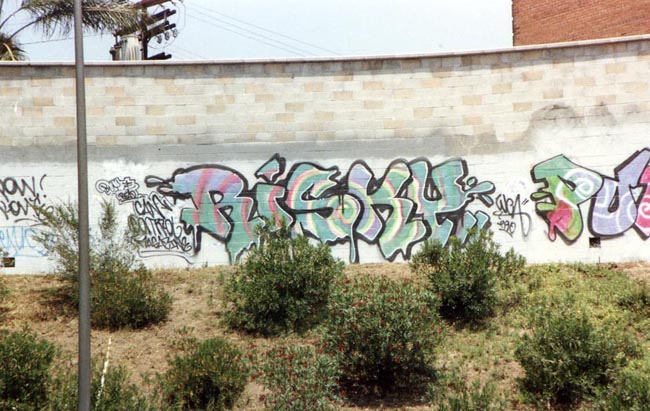 ^Classic piece breakdown: LA Freeway. Fill: Krylon, ‘Clover Green’ & ‘Aqua Turquoise’. Scooby doo swirl: Krylon, ‘Pastel Yellow’, ‘Fluorescent Cerise’ & ‘Plum’. Outline: Rust-Oleum. “You can see how long shit ran sometimes on the freeways back in the day. This piece ran long enough for the fluorescent to fade off. The lavender was .99 cent swap meet paint. We used to go get it by the cases! It was ok, but had a lot of nice colors! Look how the Rusto’ outline stayed way better than the rest!”

What are some of your best painting experiences?
I think the best experience I ever had was when Slick and I went to England for the World competition in 89. We won it for the U.S. and put LA on the map. That was great, but the best was having the BBC follow us around and film the whole time. We were on the news, had groupies outside the hotel, shit was wild!!

How do you feel about the brands of Euro paint and their impact on the scene?
I think they totally revived the scene and pushed it to another level. There are no limitations now. You have every color, every type of tip, different pressures, transparent paint, bombing shit thick as tar! If you can come up with an excuse your full of shit. 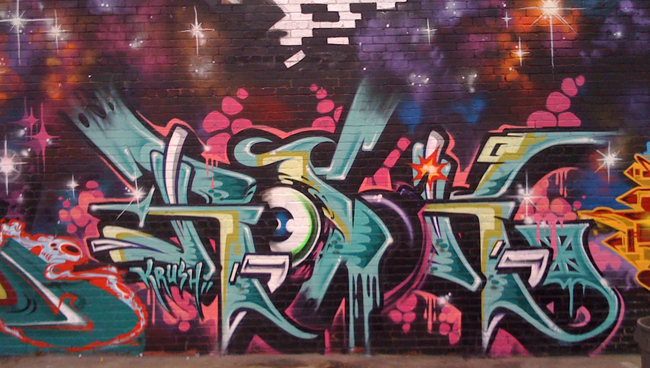 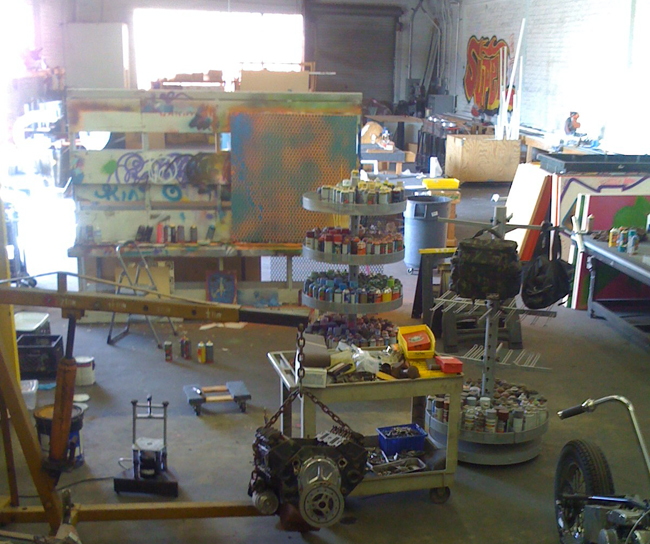 If you could choose a few cans to have on your shelf, what would they be?
Krylon… ‘Hot Raspberry’, ‘Icy Grape’ & ‘Baby Pink’… which I have never actually had…

Any other comments?
LIVE TO PAINT, PAINT FOR LIFE!!!!!!